Your Success is Our Business 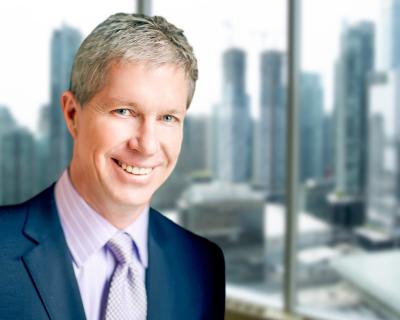 Paul is responsible for strategically expanding IDC WIN's insurance and wealth management platform for independent Advisors. He has held this role since 2006. Paul works collaboratively with other leaders within Worldsource Wealth Management and our insurance company partners to enhance the value we provide to all stakeholders.

With over 35 years of experience in insurance distribution, Paul has extensive knowledge of the insurance industry. He founded and built an MGA business into one of the largest in Western Canada, as well as held the position of Chairman and CEO of another national MGA organization. 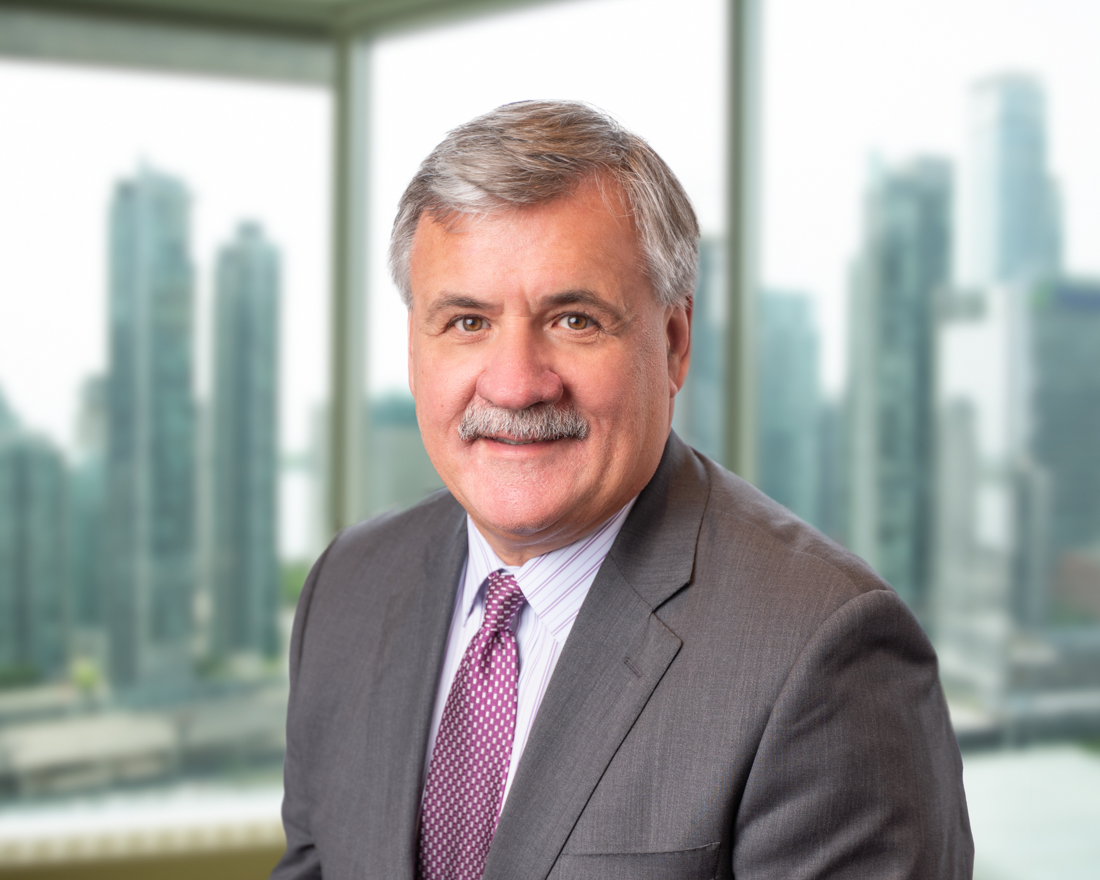 Phil Marsillo is President, IDC Worldsource Insurance Network Inc. (IDC WIN). He assumed this role at IDC WIN in April 2018, with a responsibility for the overall sales and operations of the company, working closely with existing management teams across the country.

Phil's career in the insurance industry began 35 years ago. Prior to IDC WIN, he held a senior leadership role with a leading Canadian life insurance company. He has been active in the industry throughout his career including CLHIA committees, consultation with regulators and contributions to other industry associations. 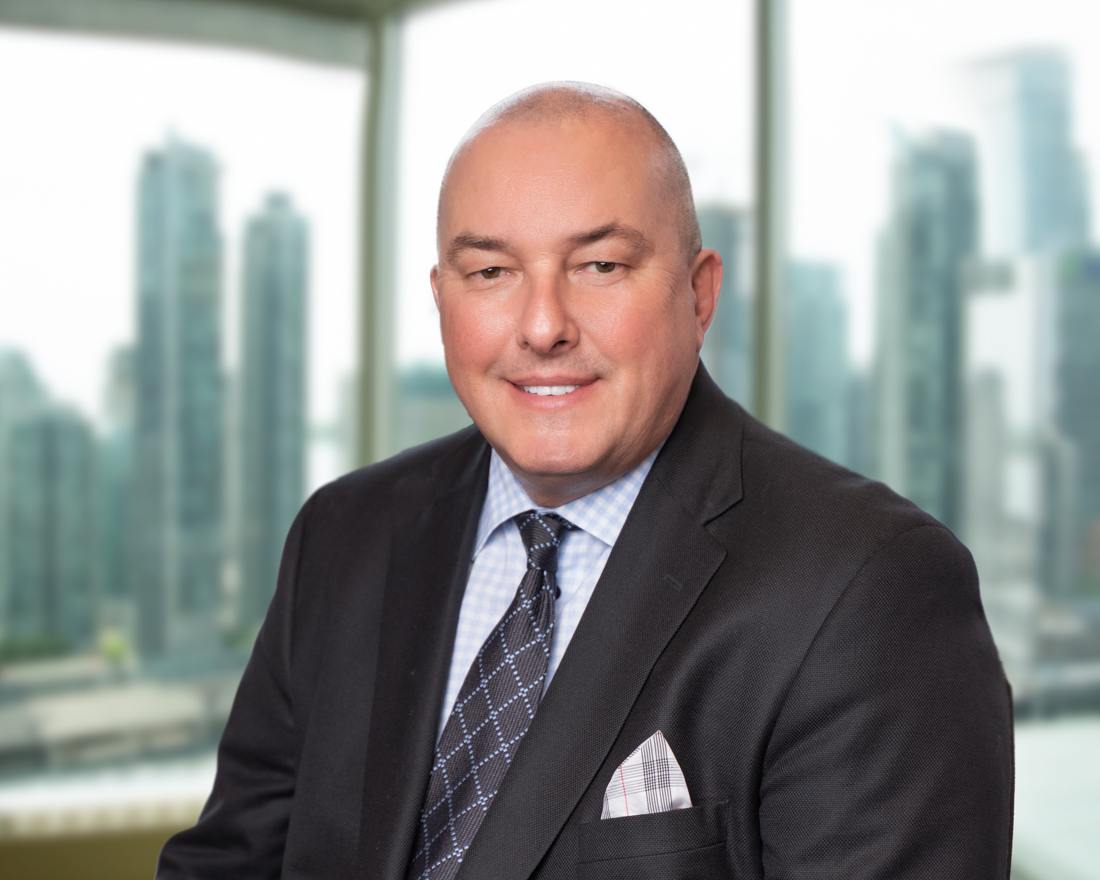 Greg’s career in the life insurance and financial services industry began in 1985 when he joined Canada Life in Edmonton Alberta. He subsequently relocated to Ontario, where he led a highly recognized office until 1999, following which he opened his own managing general agency. After a successful five years, he merged his business with IDC Financial (a predecessor firm of IDC WIN). 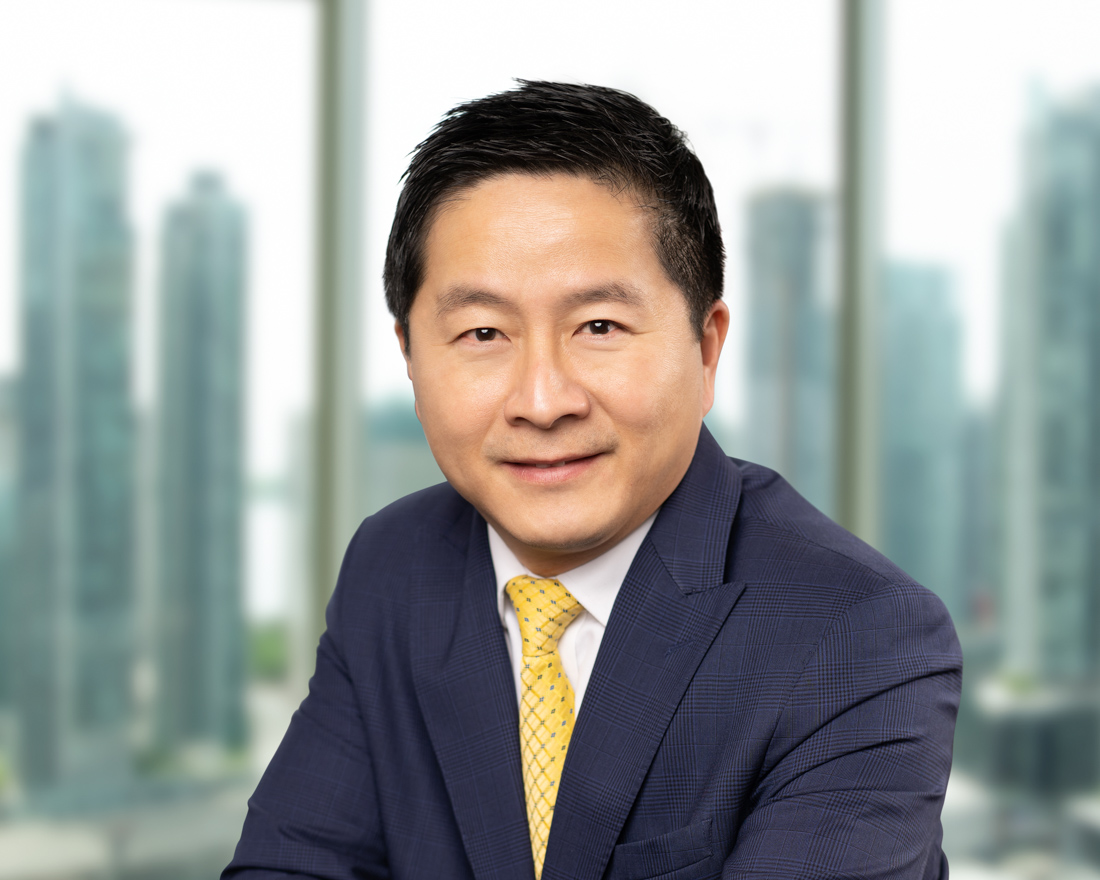 Stephen Lui is Senior Vice President, Ontario & Asian Markets, IDC Worldsource Insurance Network Inc. (IDC WIN).  He joined IDC WIN in 2006. In his current role, Stephen has responsibility for sales results in Ontario and across Canada for the Asian segment of the market, along with management of IDC WIN’s Ontario Business Development teams.

Stephen’s career in the financial services industry began in 1989 when he joined Sun Life. In 1992, he relocated to Hong Kong where he opened a real estate business, returning to Canada in 1995 to join Canada Life in a sales capacity. Stephen opened a managing general agency that he successfully ran for over eight years, following which he merged his business with IDC Financial (a predecessor firm of IDC WIN).

Stephen graduated from University of Manitoba with a Bachelors of Science (Hon.) in Statistics and Applied Mathematics. He holds a Master’s degree in Science (majoring in Statistics) from the same university. 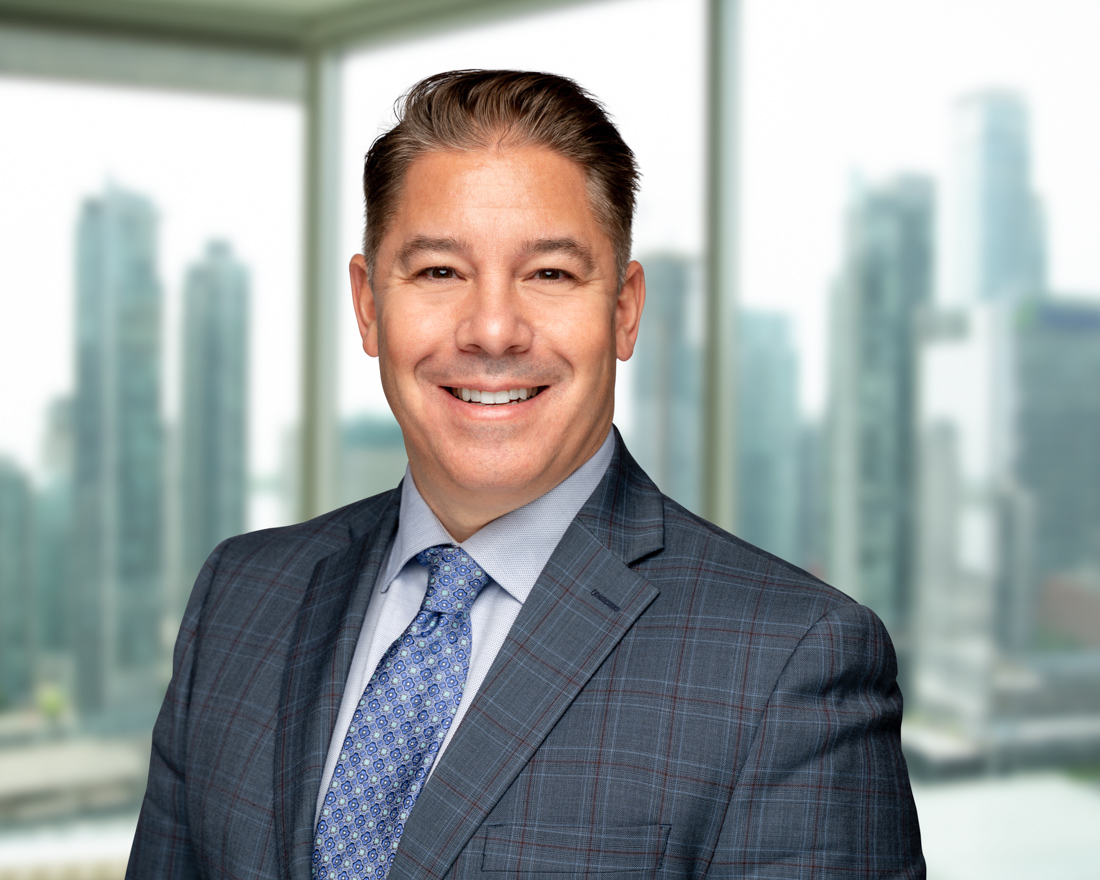 Jason Payne is Vice President, Atlantic Canada for IDC Worldsource Insurance Network Inc. (IDC WIN). He is responsible for development and expansion of business in the four Atlantic Provinces.

Jason began his career in 1993 with Sun Llife Canada, as an insurance agent. In 1996, he joined disability insurance company Unum Canada where he held roles as a Sales Consultant for Atlantic Canada. In 2000, he accepted a role within UnumProvident to manage the Eastern Ontario operations. In 2004, Jason entered the MGA business, where he has experienced significant success in helping independent Advisors.

Joe Ruddell is Vice President, Prairie Region for IDC Worldsource Insurance Network (IDC WIN).  He joined IDC WIN in 2015 through the merger of First Prairie Financial with IDC WIN. He has responsibility for the development and expansion of business throughout the Prairie region, while contributing to the National management team of IDC WIN.

His career in the life insurance and financial services industry began in 1984, when he joined Canada Life.  While building an insurance-based practice he entered a managerial role in 1987.  In 1993, he subsequently assumed regional responsibilities with Canada Life to work with new and experienced Advisors in building their businesses. In 1999 Joe, along with partner Ken Aberg, started First Prairie Financial.

Joe has been a long-time supporter of Advocis and is a past president of the local Advocis Board, CLU Chapter, LIMAC Chapter, as well as a past Advocis National Board member.  He currently is serving on the Advocis National LRP Committee and the Alberta Political Action Committee. Jas Gill is Vice President, BC Region for IDC Worldsource Insurance Network Inc. (IDC WIN).  Jas has been instrumental in furthering sales and developing the infrastructure to support Advisors.

Jas has over 20 years of industry experience. Prior to joining IDC WIN, Jas was Regional Sales Director with Sun Life Financial and was responsible for the marketing and sales of products to third-party distribution partners in British Columbia.

Jas holds her MBA from the University of British Columbia. She also holds the CFP, CIM and CLU designations. 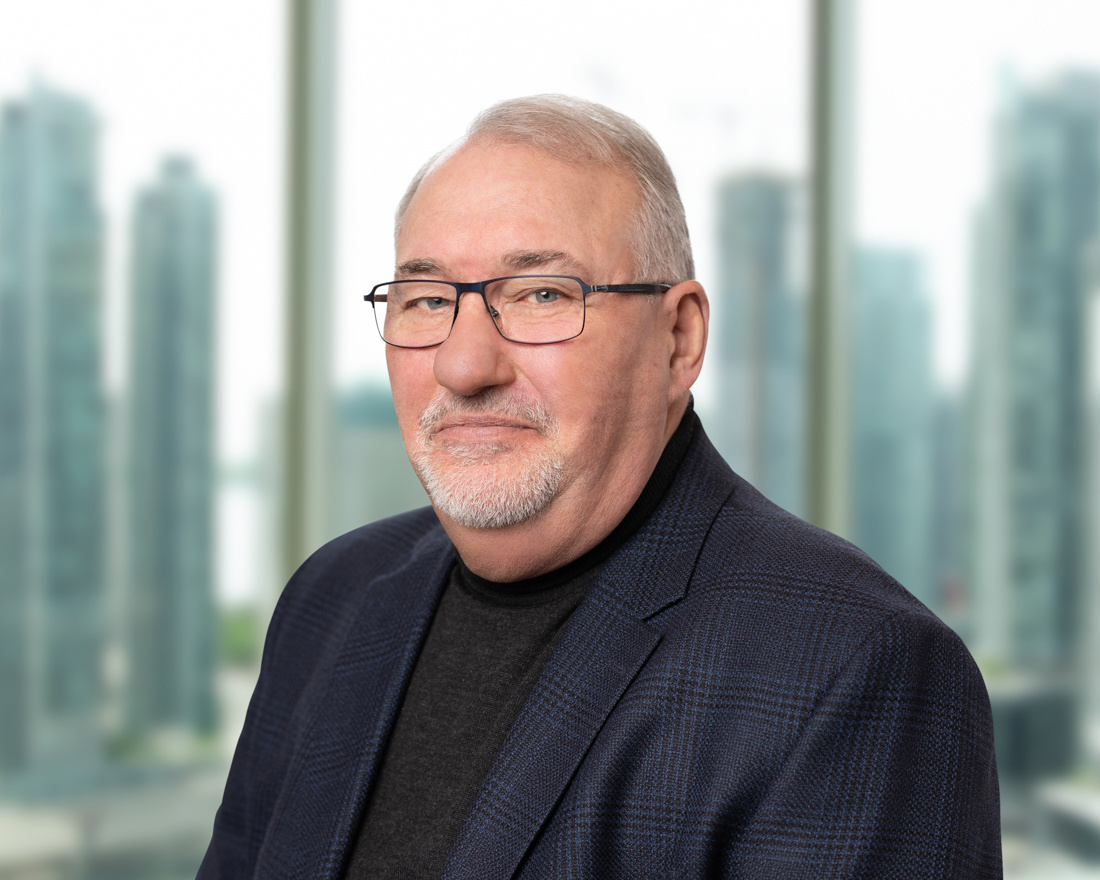 Gary Harwardt is Vice President, Prairie Region for IDC Worldsource Insurance Network Inc. (IDC WIN).  He joined IDC WIN in 2014 and has responsibility for development and expansion of business in the Prairies.

Gary has over 35 years of industry experience, including as Marketing Director for IDC WIN Prairie Region. His past experiences include various executive roles with Colonia, Citadel Life and Sales Manager with Great West Life. In 1999 he established Broker Link which merged with SBS in 2008 and which was later acquired by IDC WIN in 2012.

Gary has a Bachelor of Commerce from the University of Alberta. He also holds CLU, ChFC and CFP designations. 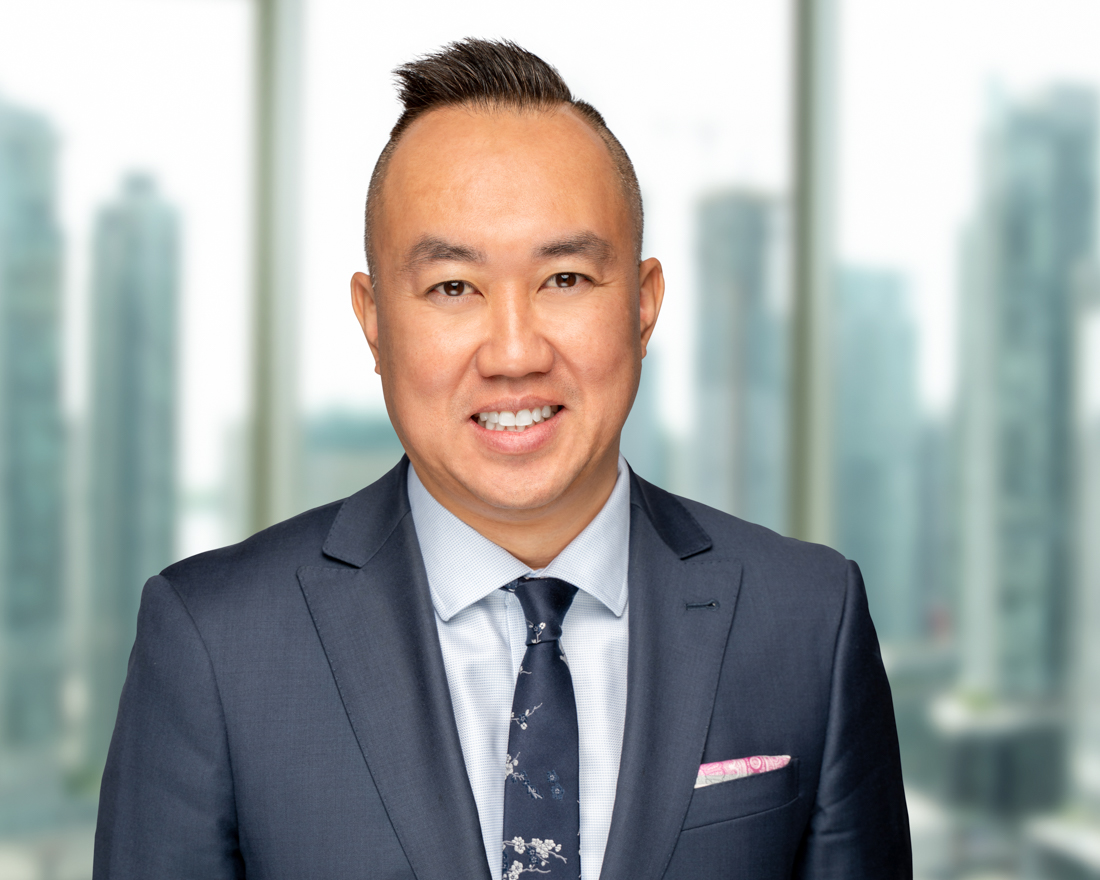 Ronny Hui is Vice President, Calgary Region for IDC Worldsource Insurance Network (IDC WIN). He has responsibility for the development and advancement of IDC WIN’s presence in the southern Alberta region.

With over 18 years of industry experience, Ronny brings a wealth of insurance and management experience. Prior to joining IDC WIN, he held the position of Regional Director, Gold Key Advisor Practice, Great West Life Assurance Company, with responsibility to oversee and coordinate all product support teams in Life, Living Benefits, Group, and Wealth product lines.

Ronny graduated with a Bachelor of Commerce from The University of Alberta, Edmonton. 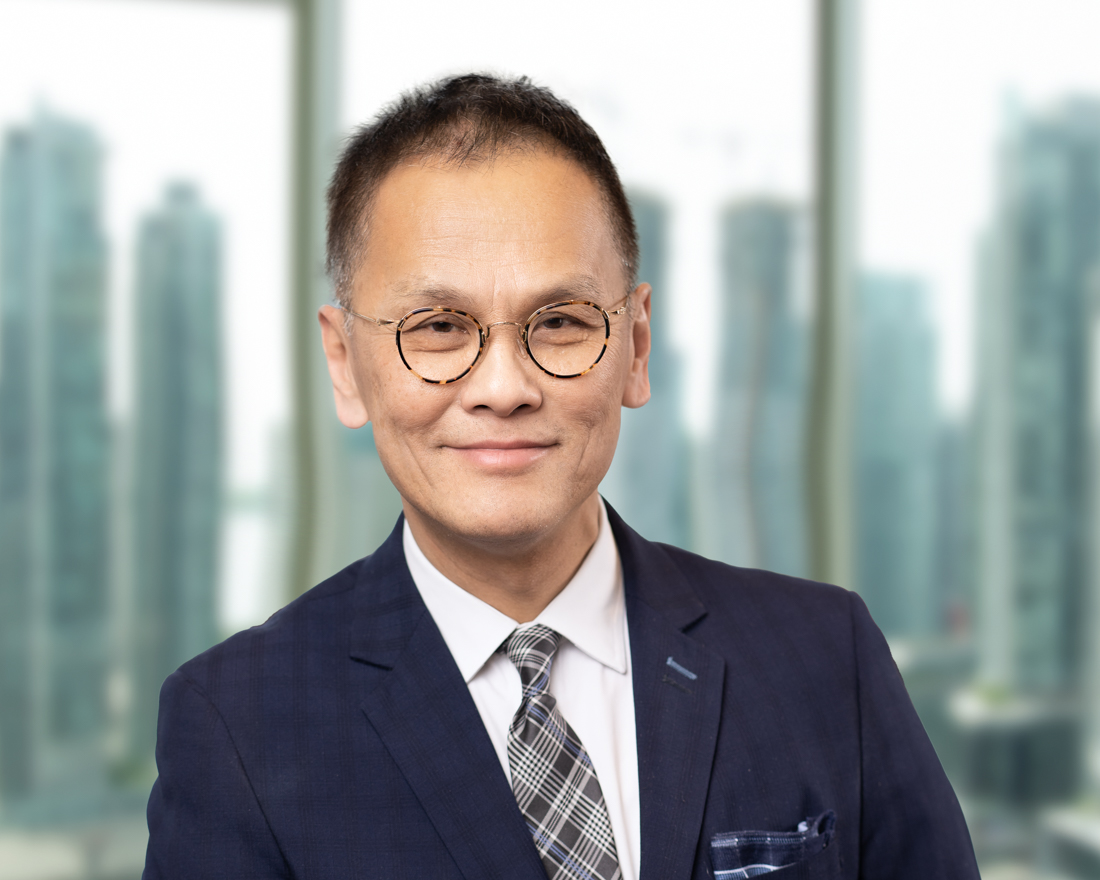 Samuel Chan is Vice President, Asian Markets for IDC Worldsource Insurance Network (IDC WIN). He joined IDC WIN in 2016 in this role, to assume responsibility for the development and advancement of IDC WIN’s infrastructure and channel management in the Asian market and to support IDC WIN partners within this fastest growing segment of the business.

His career in the financial services industry began over 25 years ago when he joined Canada Life. Samuel brings a wealth of insurance, banking and other related financial services experience, taking on progressively more responsibility with each role. Directly prior to joining IDC WIN, he held the position of Director of Sales, Manulife Private Wealth, with responsibility for marketing and sales of discretionary investment and private lending to Asian advisors in Ontario, to support their efforts in the high net worth target market.

Samuel graduated with a M.SC. (Quantitative Business Analysis) from the University of Salford, UK. He holds the ChFC and CLU designations. 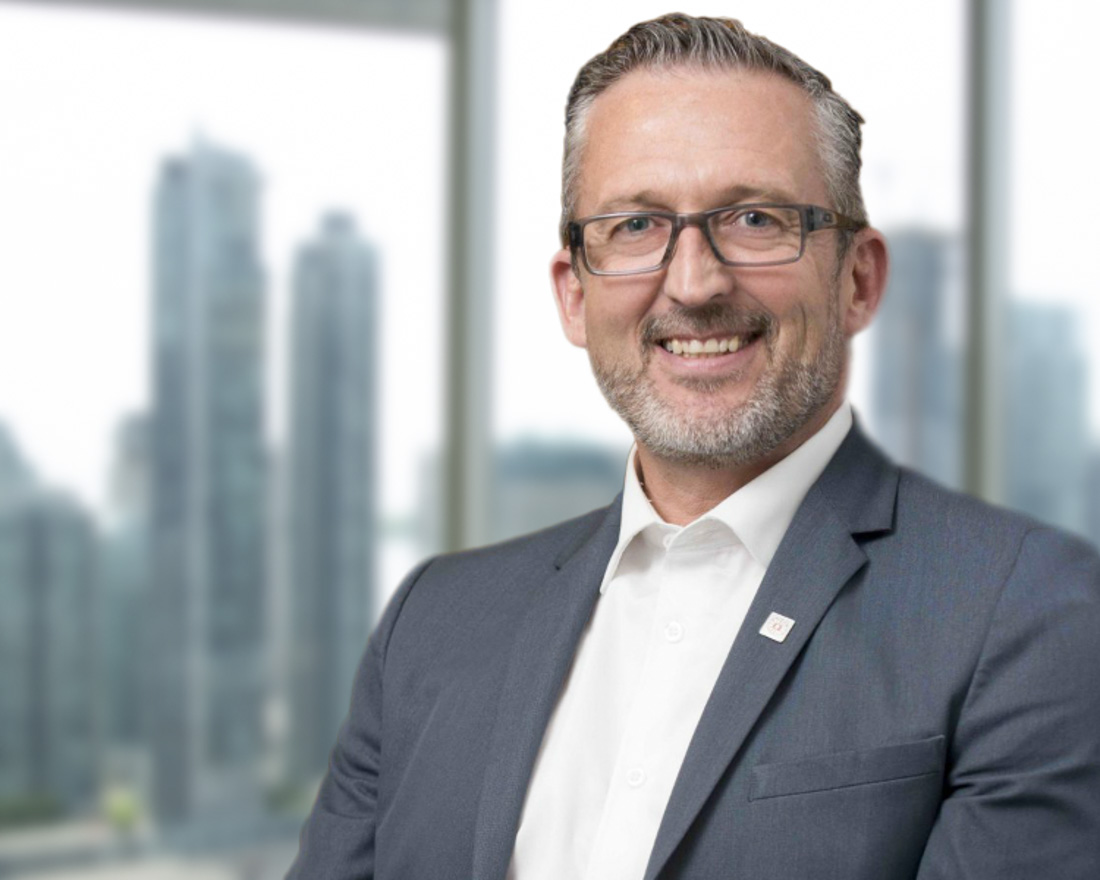 Christian Laroche is President, Quebec Operations for IDC Worldsource Insurance Network (IDC WIN).  He joined IDC WIN in 2020, through the merger of Aurrea Signature Inc. with IDC WIN. He has responsibility for the development and expansion of business throughout the Quebec region, while contributing to the National management team of IDC WIN.

Christian’s career in the life insurance and financial services industry began in 1988. He founded Aurrea Signature in 2015, assuming the role of President at that time. He was Senior Vice President and Co-founder of Pro Vie Insurance in 1998; becoming President in 2013. That same year, he became President of Pro Spect Insurance, a client referral service. Early in his career, he held roles as Regional Director with RBC Insurance, and with Mutual of Omaha. Henriette Bichai is Vice President, Québec Region for IDC Worldsource Insurance Network (IDC WIN). She joined IDC WIN in 2018 in this role, with a mandate to operate, grow and expand the Québec Operation.

Henriette has been in the business for 14 years in senior management roles and operated her own MGA from 2007-2014. She has a wealth of knowledge and specializes in difficult cases.

Henriette holds a bachelor degree in Political Science. She has attended Harvard University in Management, and is a CFP candidate. 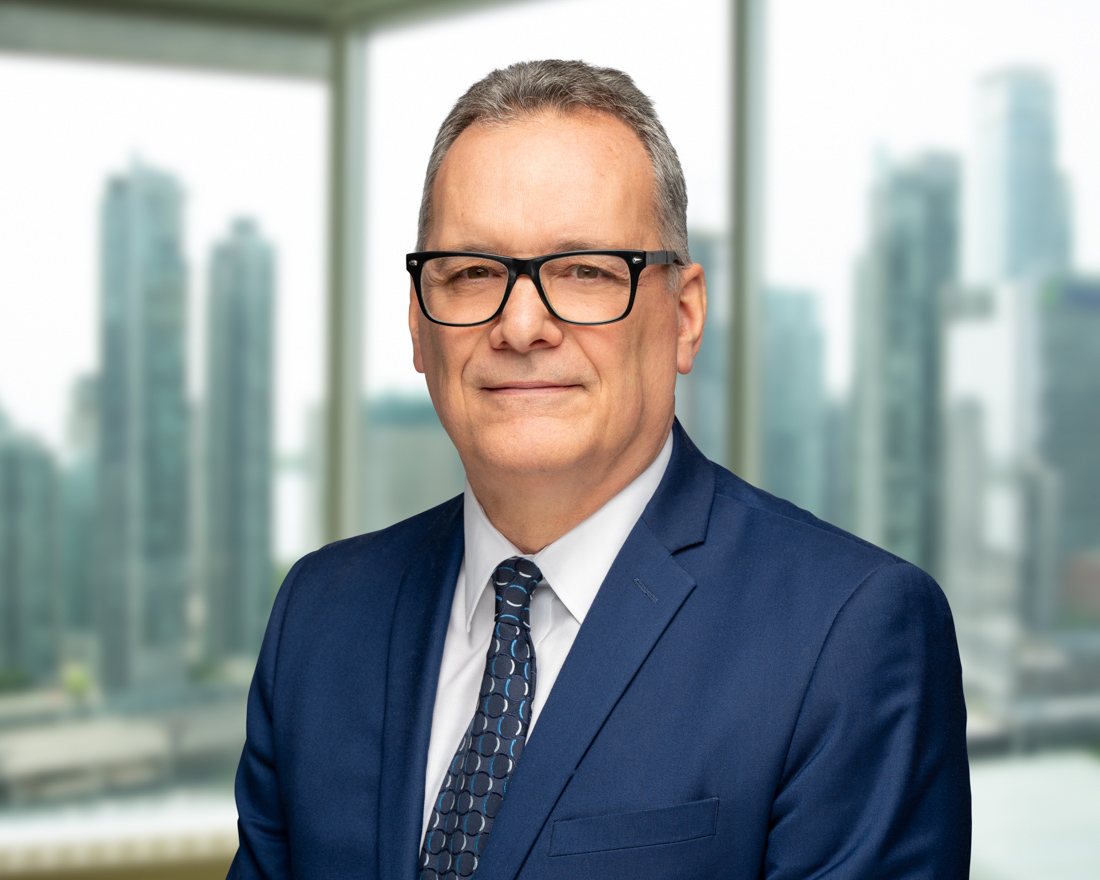 Don Hart is Vice President, Training & Development for IDC Worldsource Insurance Network (IDC WIN).  He joined IDC WIN in 2015 in this role, with a mandate to grow and evolve educational programs and processes, and best practices for Advisors.

In his role Don has direct responsibility to oversee all education forums for IDC WIN, as well as promotion of the Lifetime Economic Acceleration Process (LEAP), and to introduce and train Advisors in the use of the MoneyTrax, a sales and marketing system.

His career in the insurance industry and Advisor training began in 1981, and he subsequently assumed progressively more responsibilities and expertise in sales processes and products. He ran his own insurance practice, as well as conducting hundreds of training sessions throughout his career. He had a significant role in bringing LEAP and MoneyTrax into Canada. Prior to IDC WIN, he was Executive Vice President in charge of Recruitment, Development and Training of Advisors at an Ontario MGA. His career in the Insurance industry began in 1990, when he jointed Equitable Life and where he held roles in group services from 1991 through to 1995. Following that, David became an independent Advisor and in 1995 opened his own group insurance agency - Genssante Benefit Services. 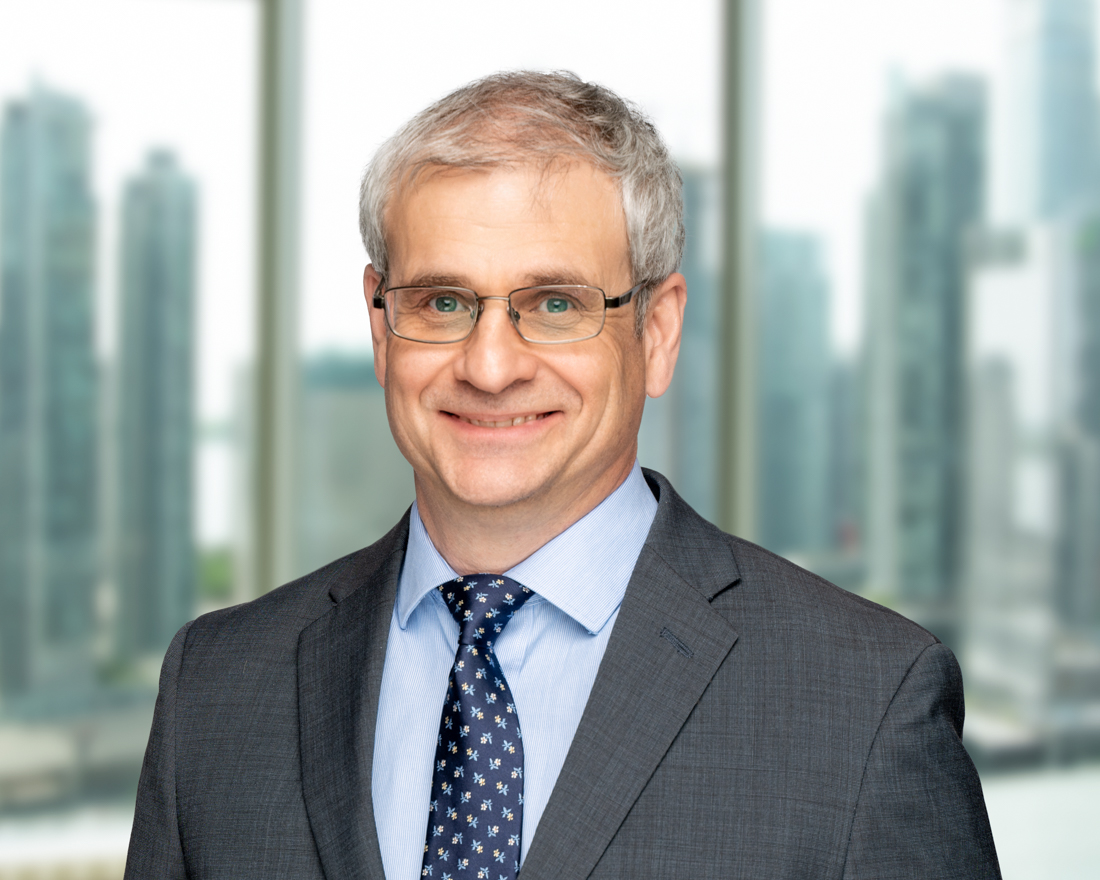 His career in the life insurance industry began over 25 years ago. During his tenure with IDC WIN, Eric has occupied the positions of Mutual Fund Branch Manager, Business Development Executive, and Director of the IDC WIN Institute – a specialized training and education division. Eric is also the Compliance Co-chair, Legislative Affairs for the Canadian Association of Insurance Life Brokerage Agencies (CAILBA.)  In this role, he sits on a number of industry and regulatory working groups that help develop and shape life insurance compliance policies across Canada. He has established IDC WIN as a respected industry leader in compliance by building programs that support and maintain a pro-business environment. As Vice President, Operations - Western Canada, Betsy is responsible for all administrative operations of the company. Her in-depth knowledge of the functions of a MGA ensures a smooth working relationship with IDC WIN Advisors across the country. In this capacity, she is also responsible for IDC WIN's technology platform, VirtGate.

With a long career in the Canadian insurance industry, Betsy brings sound knowledge and a strong level of commitment to the senior management team. In 1990, Betsy joined Empire Life where she held various roles. Betsy joined Trowbridge Financial in 1997 and 2008 was appointed Vice President of Operations at Worldsource Insurance Network. 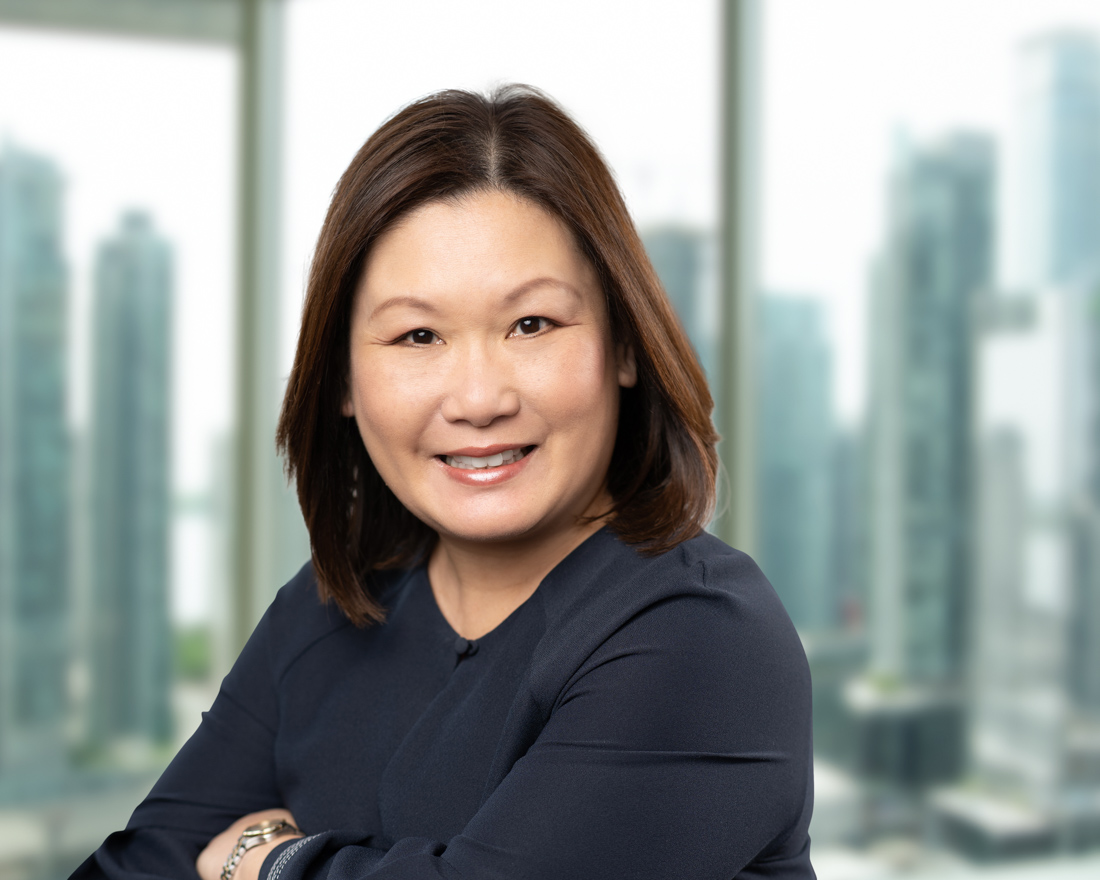 Margaret joined IDC Worldsource Insurance Network in 2012, bringing over 22 years of operational experience to the organization. Over the course of her career, Margaret has worked with insurance companies including Canada Life and Transamerica.

Margaret holds a BA from the University of Toronto. 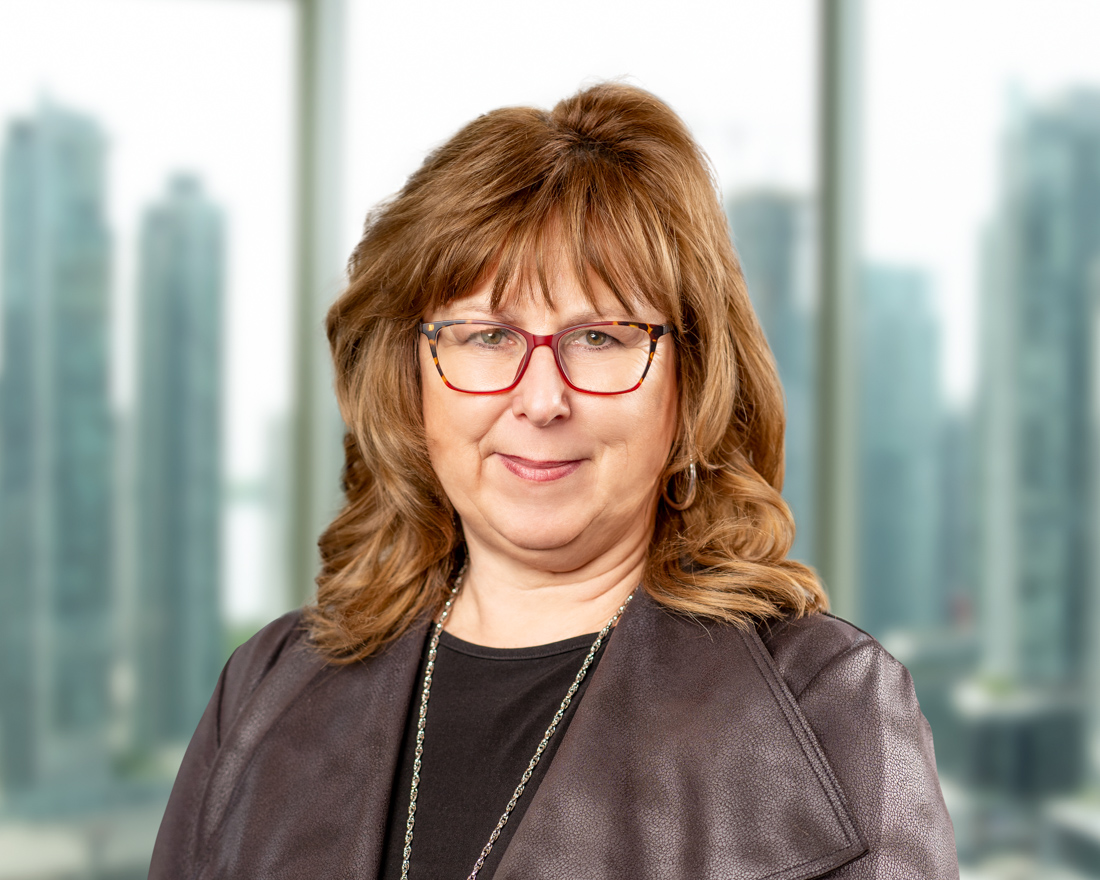 Cynthia Hebert is Director of Operations, Prairie Region for IDC Worldsource Insurance Network Inc. (IDC WIN). She joined IDC WIN in 2015 through the merger of First Prairie Financial with IDC WIN, in the role of Manager, Agency/Operations.

With over 35 years of industry experience, including time spent with Manulife, Cynthia brings a deep understanding of the challenges faced by Advisors in the industry.

She has continually held the Alberta Insurance Council Life, and Accident & Sickness licenses since 2004.